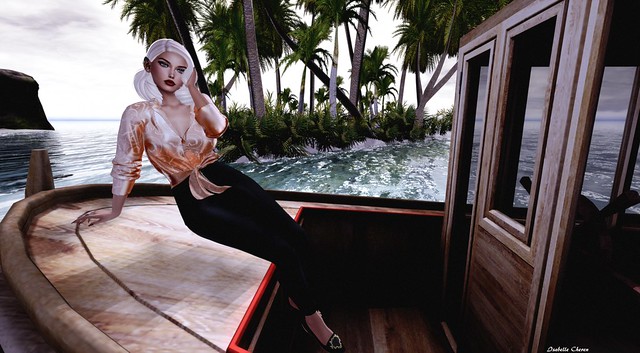 The comment said and I quote “Why do middle aged, washed up,  unattractive and overweight women in this game represent themselves as being young and attractive”.

Why did it make me chuckle. Let me tell you. I have regularly received such hateful remarks and as frustrated as I could get over them and feel the need to dramatically exit doing my thing, I choose not to.

I choose to swim against the tide and make no doubt about it, I am a strong swimmer despite the awful hateful things I get called.

You see, I am not easily bullied,  that I feel I need to leave because one persons perception of me along with their cronies is to “encourage me” by regularly passing insult. I can get hurt yes, but it lasts moments.

A great guy said this to me. “Behind every troll there is an insecure, sleep deprived, ugly hating  soul. Their sole existence is  about hating others in order to make themselves feel better about themselves, yet deep down, they do not ever reach that better feeling.”

Sadly in the Vlogger/Blogger community part of Second Life there is this competitive negative force and people feel the need to behave in ways they deep down know they wouldn’t or shouldn’t ordinarily. That competitiveness is destructive and not community based.

Yet behind the keyboard these people turn into playground bullies and think it is ok to behave so.

I grew up in an era of the saying “Sticks and stones may break my bones but words can never harm me” For me, that is very true. They hurt, but I forget a day later.

But for others the harm can be real. If you are one of these soul destroyed people who feels the need to behave so in order to either boost yourself or ingratiate yourself to someone else. Stop and think.

The words that you spout on social media, has direct impact and can very much harm a person and you would be responsible.

But I need to add to  that person who follows me to pop the dislikes regularly and the insulting comments via their alternate YouTube accounts and their cronies. Last time I checked myself out in the mirror, I am neither washed up, unattractive or hugely overweight. Yes I am middle aged, I own that. But believe me, you will get there one day too!

I also have a past of fighting against abuse and bullies for being the person I am and for how I have looked. I was a model back in the day and because of how I looked I suffered a great deal of bullying from that part of life and sexist behaviour’s from a male dominated work force.

After all it is my Second Life and I will do as I please because I pay my way to be here.

If any of my readers find themselves in this situation, I want you to know I am soon to create something that I believe will help all the people who are feeling bullied, trolled, made to feel not good enough etc.

As a community, we need to stand up and say hell no to all the bullies.

Hep top and leggings from I M Collection

Ruky pose from Lyrium at the EQUAL10 Event

Shot on location at The Peak beach area

2 thoughts on “Washed up and middle aged”

Telling it as it is since 2013 - Living in Edinburgh, Scotland as a single Dad to 2 little Girls, trying to live with Agoraphobia, Osteoarthritis, Psychosis, M.E (Chronic Fatigue), PTSD and Fibromyalgia - "Life is Hard, don't make it worse" - Enjoy the Journey with me, follow me, and I will follow back. Thanks 😁 Shauny